In May 2012, when my oldest son was about 19 months old, I went on my first major business trip since becoming a mom. It was to be a week-long trip across the country to Florida, to support the marketing and events during my company’s launch of a satellite at Cape Canaveral. The events I had been a part of planning months in advance, all went off without a hitch. The few hundred executive leaders from my company and high-ranking military officials in attendance all looked to me to tell them where to be, what to say, which bus to get on and who to shake hands with. It was actually super exciting and memorable – an experience I will always treasure. Unfortunately, the day of the launch, as we all watched and listened from our posts around the Cape, we ended up waiting for a few extra hours and eventually the launch was called off due to adverse weather (not uncommon when launching a rocket into space). We soon found out that the launch would be attempted again in 24 hours. Until then, our team was expected to just sit tight and hang around Cape Canaveral.

The new launch day was to be my husband’s thirty-third birthday. And while we didn’t really have any major plans to celebrate, I longed to be home with him and our young son. There were no more scheduled events as part of the launch festivities – no direction other than to just sit tight. So I decided for myself that there was really no need for me to stick around, and I should just go home to my little family the next morning as originally planned.

About an hour after making this seemingly insignificant decision, I ran into our Vice President of the satellite program (the big man in charge that week at the Cape). As we approached each other in the hallway of the hotel we were all staying at, he stopped me and asked something about the logistics of that afternoon – what were we all supposed to do while we waited patiently for the weather to cooperate, allowing him to finally launch his multi-billion-dollar baby into space.

He was a man whose silent, stoic gaze wasn’t necessarily mean-hearted but was just cold enough to make you nervous whenever you were in his presence. As he spoke, he looked at me and past me at the same time, as if I wasn’t worth his actual, full attention. I answered his question about the logistics then let him know I’d be heading home in the morning as originally scheduled. When I told him this, he finally took a moment to look me directly in the eye and asked why I was going home before the rescheduled launch. He asked, not out of concern for me missing a once-in-a-lifetime chance to see a satellite launch in person, but out of concern for himself and worry over who would continue to run the show behind the scenes.

I knew I was nothing more than a glorified swag-bag-giver-outer and that I really wasn’t needed there, especially at that point after all the festivities were over and all there was left to do was wait. The people who really needed me at that point were 3,000 miles away. I gave my VP the simple explanation “Oh, it’s my husband’s birthday tomorrow and I gotta get home to my son. Besides, you don’t really need me here!” I tried to keep my voice light-hearted and sincere, downplaying my planned absence. I also realized the decision that was a no-brainer to me was apparently unimaginable to him – a man whose entire career was culminating in the moment he was now waiting for until the next day. He replied with some mumbled acknowledgement and walked away.

The next morning, I got up well before the sun to catch my flight home. I’ll never forget the feeling of freedom that I had as I drove west to the Orlando airport, my baby waiting for me at home and my narrow-minded boss’ baby still waiting on the launch pad behind me. Later that afternoon I arrived home to my eager husband and 19-month-old son. I will never forget the moment that baby boy saw his mom after 5 days – the longest he’d ever gone without her. He threw his chubby little arms around me and embraced me like best friends after they’ve gone years without seeing each other. My birthday boy husband also gave me a warm hug, knowing what I had “sacrificed” to come home. In that moment, I knew I had made the right decision to leave behind some superficial career opportunity for the paramount benefit of simply being together with my family.

Have you ever sacrificed a career opportunity for a seemingly less important personal priority? We want to hear your thoughts! Comment below. Subscribe to receive future posts directly in your email. Visit and Like the We Lean OUT Facebook page.

check out the book on amazon! 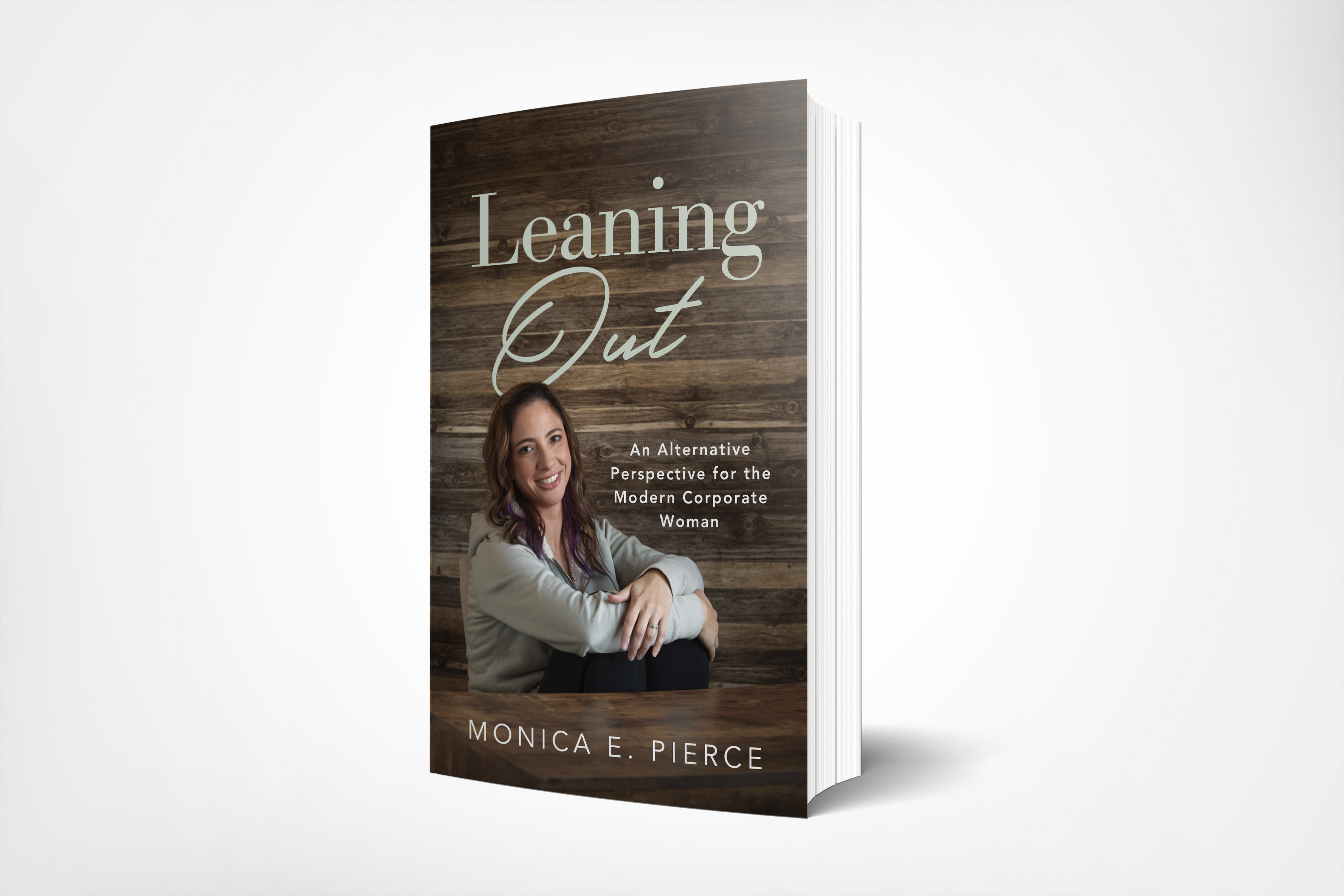